A friend forwarded to me the copy of a lengthy email that was sent by Ibrahim Kurtulus, a Turkish-American from New York City, to hundreds of CNN employees harshly criticizing Anthony Bourdain, Chris Cuomo and others for acknowledging the Armenian Genocide. The subject of Kurtulus’s email is titled: “When CNN's Chris Cuomo and 'Especially' Anthony Bourdain Legitimize RACISM.” 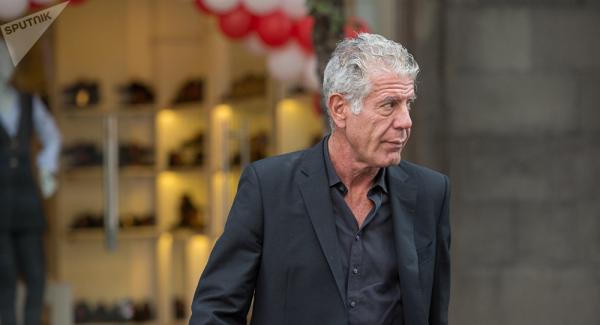 By an unfortunate coincidence, the Turkish email was sent on June 5, 2018, barely three days before Bourdain committed suicide! Given the large number of Armenians and non-Armenians who have written in recent days expressing their unfounded suspicion that Azerbaijan or Turkey caused Bourdain’s death, I want to make it clear that I do not believe in such conspiracies. Sadly, Bourdain, who had used drugs for many years, was a heavy drinker and suffered from serious depression, committed suicide in his hotel room during a visit to France last week.

In addition, those who propagate such conspiracies are damaging Armenian interests. Anthony Bourdain, who had the popular TV travel and food show “Parts Unknown” on CNN, was blacklisted by Azerbaijan for having gone to Artsakh after visiting Armenia late last year. The show aired on CNN last month to the great delight of Armenians worldwide and dismay of Azeris and Turks. By alleging that Azerbaijan killed Bourdain, Armenians are simply discouraging non-Armenians from visiting Artsakh!

Kurtulus also attacked Chris Cuomo of CNN for interviewing on his show Cong. Adam Schiff (Dem.- CA). Kurtulus described Schiff as “a racist” for championing the recognition of the Armenian Genocide and compared him with David Duke of the KKK. Kurtulus then picked on Congresswoman Nanci Pelosi (Dem.-CA) for acknowledging the Armenian Genocide in her 2016 statement. Kurtulus ridiculously claimed that Armenians may have died of “old age” rather than being murdered during the Genocide!

Kurtulus also blasted Amy Goodman, host of the award-winning ‘Democracy Now!’, a TV/Radio news program that airs on 900 public broadcast stations in North America, for acknowledging the Armenian Genocide in her show.

Kurtulus then criticized Anthony Bourdain for accompanying Serj Tankian on his trip to Armenia and Artsakh. Kurtulus described Tankian as “a member of an Armenian-American heavy metal band (System of a Down), a major insidious purpose of which has been to brainwash worldwide youthful fans into acceptance of an ‘Armenian genocide.’” Kurtulus went on to accuse Bourdain of repeating “all of the hateful propaganda in his episode”.

After comparing Bourdain to white ‘supremacists’ in Charlottville, Virginia, Kurtulus asked: “what is the difference?” Regrettably, Kurtulus defamed anyone who has supported the veracity of the Armenian Genocide. It is no one else’s fault that the Ottoman Turkish government organized the extermination of the Armenian people. If, as a result, the Turkish nation has had a horrible reputation, it is wrong to blame it on the Armenian victims. Kurtulus’s argument is the equivalent of condemning anyone who speaks about the Jewish Holocaust because that may tarnish the reputation of Germans!

Kurtulus then disparaged all of the scholars who have written on the Armenian Genocide, in addition to Amb. Henry Morgenthau who had written an eyewitness account in his book, “The Murder of a Nation.” Instead, Kurtulus praised so-called ‘scholars’ who are genocide denialists funded by the Turkish government.

Kurtulus ended his email with more insults directed at Bourdain: “If I lived in a less racist society, Anthony Bourdain would be losing his job in a moment. Yet the problem does not only rest with hateful bigots such as Anthony Bourdain; why did [CNN] President Jeff Zucker, who has also been receiving our communications, allow for Bourdain's vicious racism?”

Rather than countering the many lies and distortions of Kurtulus, I will simply quote from Kemal Ataturk, the founder of the Turkish Republic, who during an interview published by the Los Angeles Examiner on August 1, 1926, confessed: “These leftovers from the former Young Turk Party, who should have been made to account for the lives of millions of our Christian subjects who were ruthlessly driven en masse from their homes and massacred, have been restive under the Republican rule. They have hitherto lived on plunder, robbery and bribery, and become inimical to any idea or suggestion to enlist in useful labor and earn their living by the honest sweat of their brow.”

Since I have received a copy of the Kurtulus email along with the complete list of hundreds of email addresses at CNN where he dispatched his email, I will send my article to the same email addresses so CNN journalists will not be deceived by Kurtulus. 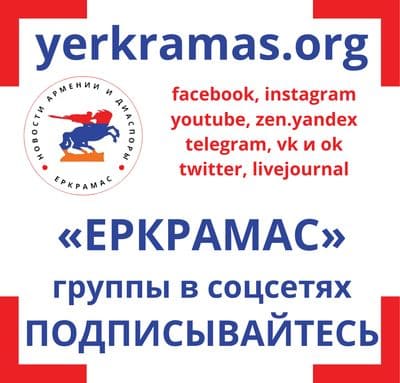